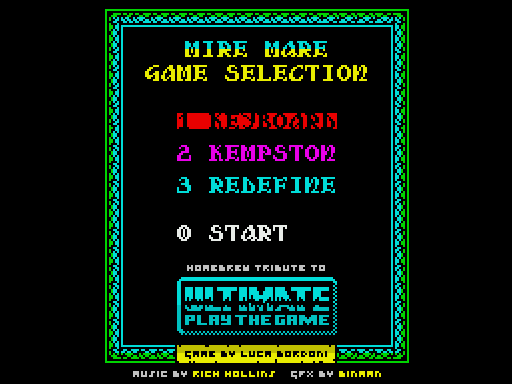 No, it’s not the original mythical Ultimate game that never saw the light of day. But it is a heavily updated version of Luca’s previous offering, Land of Mire Mare.

Land of Mire Mare was originally released in 2014 and included as a perk of the Kickstarter campaign ‘The Story of the ZX Spectrum in Pixels’ book by Chris Wilkins available from Fusion Retro Books. 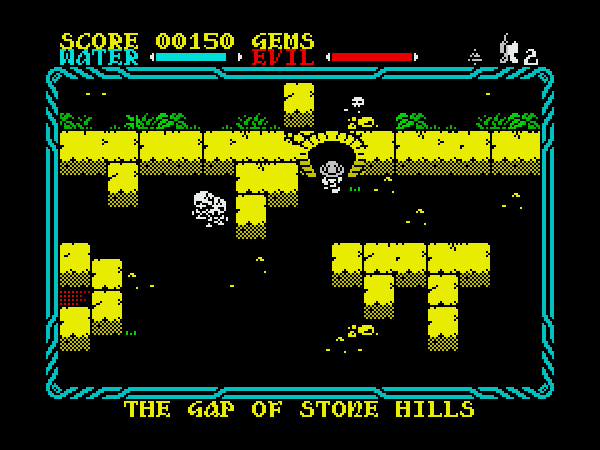 Improving knowledge of assembly language over recent years has enabled Luca to create a new version from scratch with many improvements. These include a new bigger map, new game mechanics, new story and, by popular demand, redefinable keys!

Its recommended to read the instructions first, like we (apparently) did in the old days rather than just loading the game and charging straight in (which is what I actually always did).

Read the announcement here on the AGD proboards and a bit about the history of the game here.

Download the game (but read those instructions first…). Have fun.