During a (hopefully) brief hiatus from coding Pooyan for the BBC micro, Snuggsy has been beavering away on a port of Lunar Jetman for the Acorn Electron. 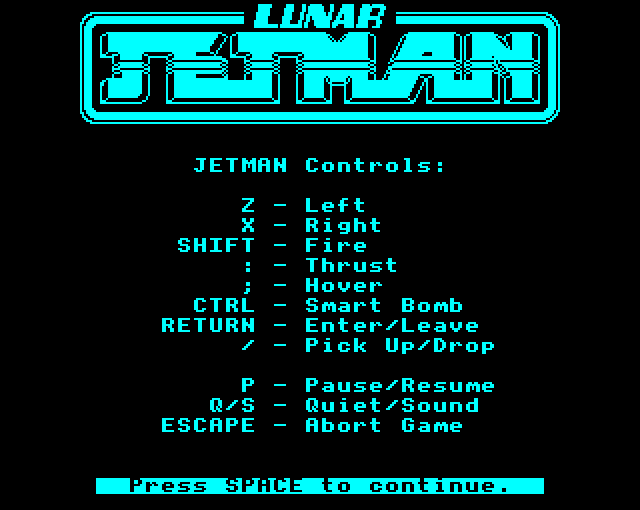 After a running commentary of updates via his twitter account, the game has finally reached version 0.80 and is deemed good enough for a release.

Although an official port was made for the BBC micro back in the eighties, an Electron version was either not bothered with or deemed unfeasable due to the machines slow processor, slow ram, poor graphics, poor sound etc…
Basically, whatever the BBC micro had that made it a great machine, the Electron lacked.

Starting off with an impressively colourful loading screen (for the Electron) the game itself is more or less monochrome, and occupies only the lower portion of the screen. 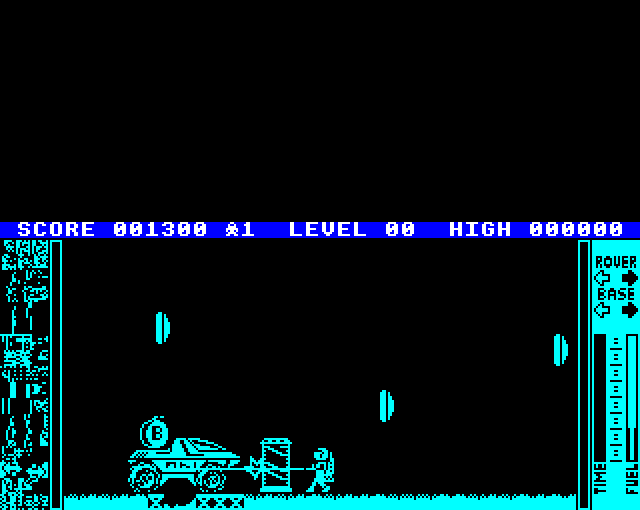 But most elements of the original game are there and the game runs at about the same speed, meaning it’s just as tough! 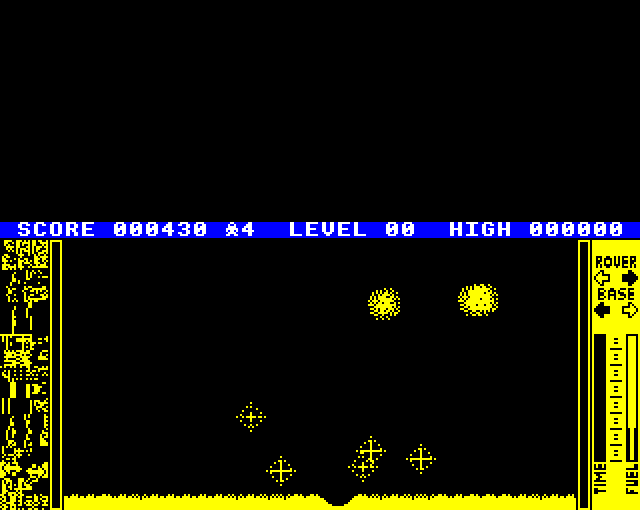