Paul Jenkinson has announced the release of his latest game for the ZX Spectrum, ‘Castle of Doctor Game’. 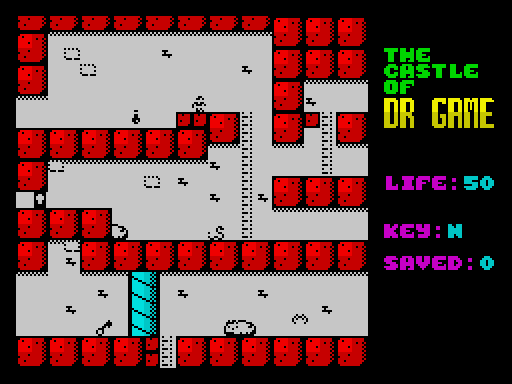 The evil Dr Game has set out on a mission to steal all of the classic video games from the world, and keep them locked in his castle for only himself to enjoy.

Every cabinet, every motherboard and every ROM has started to vanish from the world as he slowly gathers his collection together.

Gamers are angry, and have sent you to the castle to get them back so humanity can once again enjoy these classics.

Dr Game has locked the games deep inside his sinister castle; a maze of rooms, passages and locked doors. 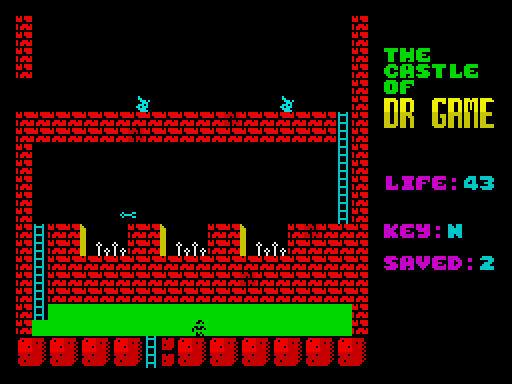 Some of the rooms he has made to look like the games he has already collected, so be prepared as you venture inside.

Though the sprites are small, they’re well animated and move smoothly throughout the game.

Its an enjoyable game and one that makes you want to explore the map as much as you can, much like Jet Set Willy did years ago.